Ten he was, when he fell from his cycle, his knee peeled out and blood was flowing, tears were rolling. He din’t knew he shouldn’t cry, he dint knew he shouldn’t express his feelings. He was told “This isn’t a pain at all, are you a girl crying over smallest pains? Men won’t cry!!” He was grown.

Sixteen he was when he fell in love, this time his heart peeled, he was hurt.
Girls’ feelings have to be cared he was said, the girl he loved never cared at all, she was already broke;
He was taught, he should hide pain,
so did he not cry, so did he not share.

Twenty-four he was, when he took up responsibilities, this time his soul was peeled.
He was taught to be gentleman, he burried his dreams in the graveyard of his heart,
he sacrificed his goals in fulfilling others’ wishes, he found happiness in feeding the family, he fought all alone, he was taught not to share his tensions, so did he not, he was taught to live the toughest alone, so did he live all alone.

A gentleman was also taught he being gentle isn’t good, stuck between being a gentleman and a man not being gentle, his body was burried, sixty-five was he. 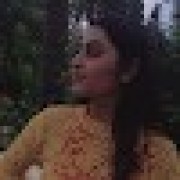 Nishka Tegnoor
She is Writing about Current Stories of Mind, Pain and She is interested in writing articles about Life, Love, Affections, as well as Short Stories. She is Focusing on Poverty and More.